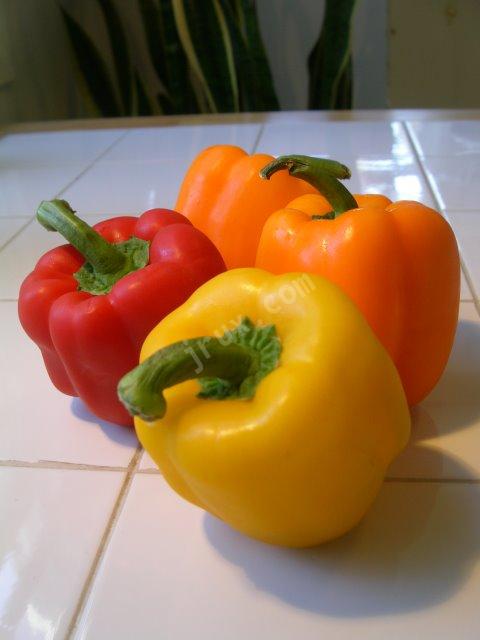 
New consumer products make it possible to thaw food without electricity, cook it with sunlight, determine its doneness and warm it at a picnic. But are these products "too good to be true"? Will they contribute to foodborne illness?

Some may; some may not. The USDA Meat and Poultry Hotline checked with microbiologists and other government agencies and reports these findings.

Thawing Tray. The tray is made of superconductive metal alloys that allow frozen food to defrost speedily at room temperature. It uses no energy or chemicals and doesn't warm the food.

Food must be handled properly when defrosting food on this tray. It is important that the surface of the food lays flat against the tray's surface, and to account for the food's size, shape and thickness. To remain safe, raw meats and poultry should be at room temperature no longer than two hours, and if temperature is above 90 Â°F, only one hour.

Also very important: after use, the thawing tray must be washed with hot soapy water to prevent cross contamination of bacteria to other foods.

Solar Box Cooking. The Solar Box cooks food using sunlight. The box has a top window which allows the sunlight to enter. A dark covered pot is placed in the bottom of the box; it absorbs the sunlight which converts to heat.

Solar cooking has been touted as a way to conserve fuel. It is possibly an alternative to conventional methods for cooking meat and poultry.

Even if solar box cooking proves to be reliable in the summertime in some parts of the U.S., there is still some question about its use in the winter or on cloudy days. Consumers attempting to use the Solar Box should proceed with caution and use a thermometer to ensure safe temperatures are reached.

Disposable Temperature Indicators are single-use, cardboard thermometers. The manufacturer recommends using them to verify that hamburger patties are cooked to 160 Â°F, the temperature at which E. coli O157:H7 should be destroyed. It can also be used to check pork, eggs and other foods requiring cooking to 160 Â°F.

The cardboard strip has a white material inside its plastic coated tip. When inserted into food which has reached 160 Â°F, the white material changes to clear and the tip changes to black. Each strip is intended for one-time use.

This product was originally intended for food service but has begun to be sold in retail packages. It could be useful for the home cook, especially for people "at risk" for foodborne illness; on a picnic; or whenever a regular thermometer is not available.

One of these cardboard thermometers could easily be carried in the pocket or purse for use when ordering take-out meals or at family gatherings where the food handling practices of other cooks are questionable!

Consumers would have to use the product properly, however. If the consumer inserts the indicator and finds the hamburger undercooked another indicator must be used to check the hamburger a second time. It's possible for bacteria from the undercooked pattie to cross contaminate the safely done pattie if only one were used.

Consumers should insert the cardboard exactly in the thickest part of the food. Hamburgers must reach 160 Â°F throughout in order to ensure they are safe to eat.

Thermoelectric Cooler/Warmer. These devices that plug into a car's cigarette lighter are meant to replace the ice-filled insulated cooler as well as keep foods warm. Cooler/warmers are advertised to store food 45 degrees below the outside air temperature. Some manufacturers even suggest food can be reheated in it, but the maximum heating temperature advertised for these devices is 125 Â°F.

There is a question as to whether they keep foods at a safe temperature.

Microbiologists and food science experts at USDA's Food Safety and Inspection Service have voiced great concerns about temperatures at which these cooler/warmers claim to store or heat foods.

This is their concern: Pathogens can grow and multiply at temperatures between 40 and 140 Â°F. Summer temperatures often exceed 90 Â°F and the interior of a car can reach 160 Â°F in a matter of minutes in the summertime, even with the windows partially open. The food would then be in the "Danger Zone" at a temperature where foodborne bacteria multiply rapidly.

Likewise, the maximum heating temperature of 125 Â°F is unsafe. In fact, cooked warm food may become dangerous after two hours at this temperature. It's impossible to reheat cold food to steamy hot in these devices.

As advertised, the thermoelectric cooler/warmer may not keep food safe, either cold or hot. Continue to keep cold food cold in an insulated picnic cooler with plenty of ice or frozen gel packs.

The information on this site was produced by the USDA, CDC and other US Government Agencies and was compiled by the site owners. We are not responsible for accuracy or completeness. Site design and layout (c)2007 giantific.com

This domain and web site may be for sale!